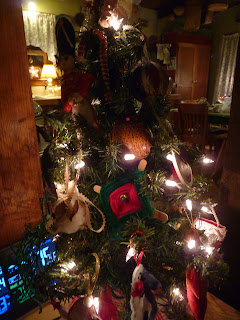 About 30 years ago I was librarian in a small, struggling West Virginia town. An Adult Basic Education class met at the town's community center, but I could not get the class to visit the library although I often went to their class to talk about the books and services. I even told them my own story of dropping out of high school as a senior to get married and have a baby, about having four sons by the time I was 22, moving to West Virginia at 23 and trying to subsistence farm, then getting divorced and remarried at 34, having another son, starting college at 36 and finishing when I was 40. i told them about how I visited the library often in those early years, and how much I learned from books. The teacher told me they just didn't think the library was a place for them.

Finally one day I told the teacher I would show the film Catfish Man of the Woods if she would bring the class to the library to watch it. The video was about an oldtime herb doctor in Glenwood, WV who did a lot of foraging for wild plants, and the people in the class knew a lot about that, as many of them hunted ginseng and wild mushrooms among other things.

So they came to watch the movie, and I took them for a tour of our little library, showing them the plant identification books, car repair manuals, craft books, and so on. They all got library cards. After that day, the class came at least once a month, for books, to watch a movie or come to a library program. Some of them came after school and brought their children to get cards. They told me privately that they always thought the library was "for rich, educated people, not people like them".

The following year I was promoted to a new position, and had to leave my first little library. On their last visit, each member of the class brought me an ornament they had made. This God's Eye is one of them. Some years later when I was working at another library, one of the class members came in to show me her practical nursing degree, and told me her son would soon be starting college. She said, "The library is what got me started." I always believed in the people in that class--talented, hardworking, creative--and I am sure many of them, like the lady who eventually became a registered nurse, that they succeeded in whatever they set out to do.

The town library was a huge part of my childhood - I used to read and read and read. Would have been grim without books to learn from and adventure in!

I enjoyed this story so much, I read it twice. I admire your persistence in life.