Slow Saturday but Full of Finds

Linking to Apron Thrift Girl and Her Library Adventures . Be sure to visit them to see what other people found over the weekend!
Larry and I decided to take a slow day Saturday and visit a few local junk shops we hadn't been to for a while. We came home with a nice haul: 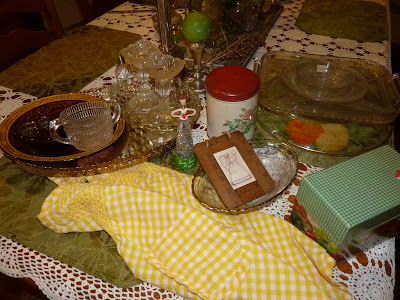 Let's see, where to start? 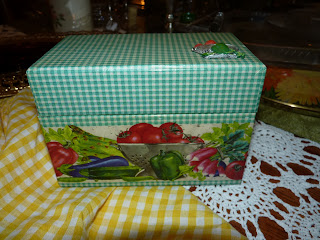 How about with this recipe box? You know what attracted me the most? Not the neat graphics or the gingham pattern, 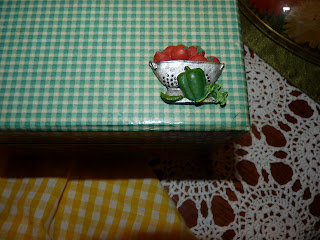 or the cool little medallion on top, but this: 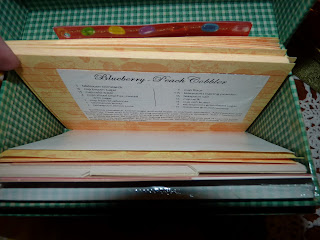 Recipes inside! and all neatly cut out and glued to cards. There were even two glue sticks in the box. I can imagine this lady's oh-so-tidy kitchen with little curtains with dancing coffeepots on them and daisies. Maybe this pretty gingham apron also belonged to her? There is some nice hand-smocking on it. 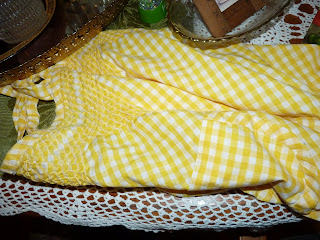 One place we went into--well two places, actually, had no heat at all and it was a cold, cold day. Only the most determined junkers toughed it out. So of course we were in these two for well over an hour. I was frozen solid, I swear, but it was worth the cold. 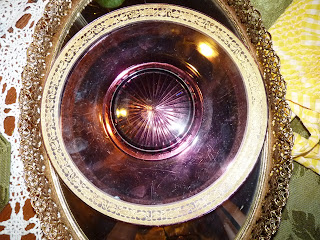 I think this amethyst plate with its gold trim is an underplate for a mayonnaise bowl. It has a raised lip around the center. Beautiful deep purple color. The gilt edged tray underneath is larger than others I've found and in very good condition. 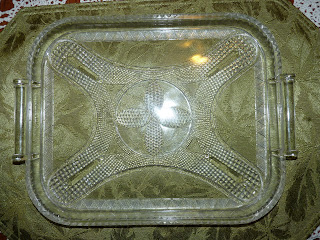 This beauty sold in less than a day on eBay. It's probably from the late 1800's and in almost perfect condition, fairly large at 14 inches by 9 inches. I bought it Saturday, listed it late Saturday night and it was gone by Sunday evening. That sale paid for almost everything we bought. 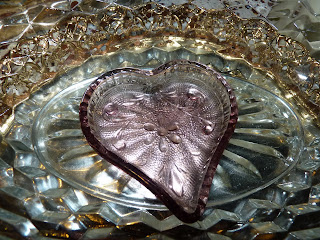 Amethyst heart inside a Fostoria American Clear bowl on top of the gilt tray. The little heart would be a nice Valentine's gift for someone. 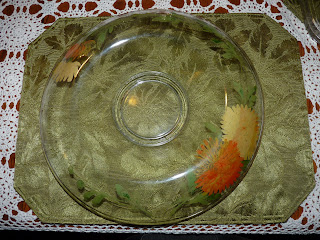 This interesting bowl was actually displayed upside down in the shop. I don't think they realized it was a console bowl and was intended to have the large rim turning downward. So it was only $2. 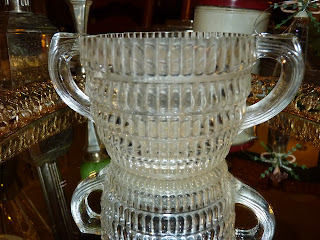 Lovely Hazel Atlas "Beehive" sugar bowl was also a nice find. This pattern was made from the late 1930's to the 1950's. I had a milk glass sugar bowl like this once but didn't know what it was at the time.I like the clear glass better.