Today we have a real treat: stories from two of New England's finest storytellers. Both are good friends of mine (and of each other) and I have been sharing this storytelling journey with them ever since I got started 20 years ago. Let's start with a classic tale now in public domain, offered by Karen Chace from her blog, Catch the Story Bug! Papa Joe's story of Chris Mouse will follow in a second post. Happy reading!


The Story of Three Brothers and an Angel

There were once three brothers whose only possession was a pear tree. They took turns guarding it. That is to say while two of them went to work the third stayed at home to see that no harm came to the pear tree.

Now it happened that an Angel from heaven was sent down to test the hearts of the three brothers. The Angel took the form of a beggar and approaching the pear tree on a day when the oldest brother was guarding it, he held out his hand and said, "In heaven's name, brother, give me a ripe pear." 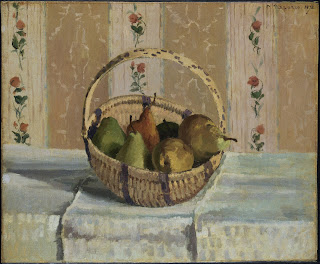 The oldest brother at once handed him a pear, saying,“ This one I can give you because it is mine, but none of the others because they belong to my brothers."
The Angel thanked him and departed.

The third day he had exactly the same experience with the youngest brother. On the following day the Angel, in the guise of a monk, came to the brothers' house very early while they were still all at home.

"My sons," he said, " come with me and perhaps I can find you something better to do than guard a single pear tree."

The brothers agreed and they all started out together. After walking some time they came to the banks of a broad deep river. "My son," the Angel said, addressing the oldest brother, " if I were to grant you one wish, what would you ask? "

"I'd be happy," the oldest brother said, " if all this water was turned into wine and belonged to me."

The Angel lifted his staff and made the sign of the cross and lo! the water became wine from great wine presses. At once numbers of casks appeared and men filling them and rolling them about. A huge industry sprang up with sheds and storehouses and wagons and men running hither and thither and addressing the oldest brother respectfully as "Master!"

"You have your wish," the Angel said. " See that you do not forget God's poor now that you are rich. Farewell."

So they left the oldest brother in the midst of his wine and went on farther until they came to a broad field where flocks of pigeons were feeding. "If I were to grant you one wish," the Angel said to the second brother, " what would you ask? "

"I'd be happy, father, if all the pigeons in this field were turned to sheep and belonged to me." The Angel lifted his staff, made the sign of the cross, and lo! the field was covered with sheep. Sheds appeared and houses and women, some of them milking the ewes and others skimming the milk and making cheeses. In one place men were busy preparing meat for the market and in another cleaning wool. And all of them as they came and went spoke respectfully to the second brother and called him, "Master!" 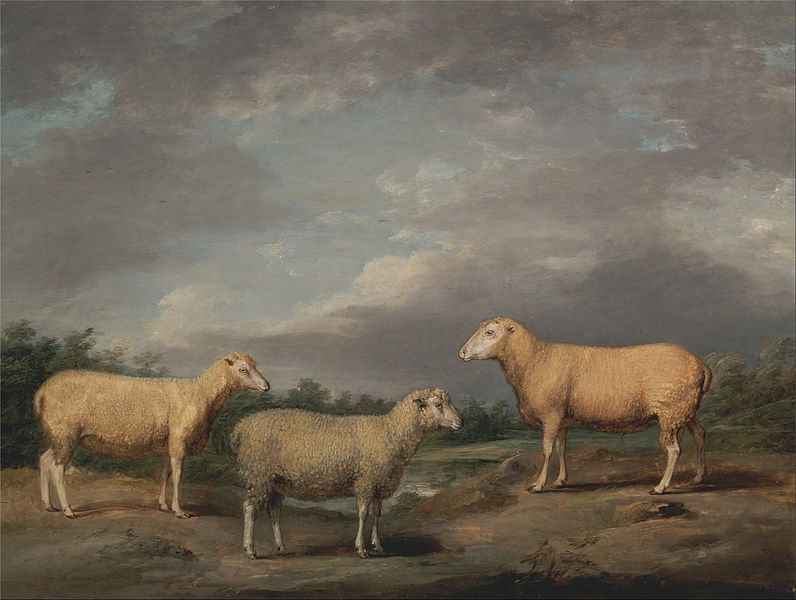 "You have your wish," the Angel said. " Stay here and enjoy prosperity and see that you do not forget God's poor!"

Then he and the youngest brother went on their way. "Now, my son," the Angel said, " you, too, may make one wish."

"I want but one thing, father. I pray heaven to grant me a truly pious wife. That is my only wish."

"A truly pious wife! " the Angel cried. "My boy, you have asked the hardest thing of all! Why, there are only three truly pious women in all the world! Two of them are already married and the third is a princess who is being sought in marriage at this very moment by two kings! However, your brothers have received their wishes and you must have yours, too. Let us go at once to the father of this virtuous princess and present your suit."

So just as they were they trudged to the city where the princess lived and presented themselves at the palace looking shabby and travel-stained. The king received them and when he heard their mission he looked at them in amazement.

"This makes three suitors for my daughter's hand! Two kings and now this young man all on the same day! How am I going to decide among them?"

"Let heaven decide! " the Angel said. " Cut three branches of grape-vine and let the princess mark each branch with the name of a different suitor. Then let her plant the three branches to-night in the garden and to-morrow do you give her in marriage to the man whose branch has blossomed during the night and by morning is covered with ripe clusters of grapes."

The king and the two other suitors agreed to this and the princess named and planted three branches of grapevine. In the morning two of the branches were bare and dry, but the third, the one which was marked with the name of the youngest brother, was covered with green leaves and ripe clusters of grapes. The king accepted heaven's ruling and at once led his daughter to church where he had her married to the stranger and sent her off with his blessing. The Angel led the young couple to a forest and left them there.

A year went by and the Angel was sent back to earth to see how the three brothers were faring. Assuming the form of an old beggar, he went to the oldest brother who was busy among his wine-presses and begged the charity of a cup of wine.

"Be off with you, you old vagabond!" the oldest brother shouted angrily. " If I gave a cup of wine to every beggar that comes along I'd soon be a beggar myself!"

The Angel lifted his staff, made the sign of the cross, and lo! the wine and all the winepresses disappeared and in their place flowed a broad deep river.

"In your prosperity you have forgotten God's poor," the Angel said. " Go back to your pear tree."

Then the Angel went to the second brother who was busy in his dairy. "Brother," the Angel said, " in heaven's name, I pray you, give me a morsel of cheese."

"A morsel of cheese, you lazy good-for-nothing!" the second brother cried. " Be off with you or I'll call the dogs!"

The Angel lifted his staff, made the sign of the cross, and lo! the sheep and the dairy and all the busy laborers disappeared and he and the second brother were standing there alone in a field where flocks of pigeons were feeding.

"In your prosperity you have forgotten God's poor," the Angel said." Go back to your pear tree!" Then the Angel made his way to the forest where he had left the youngest brother and his wife. He found them in great poverty living in a mean little hut.

"God be with you! " said the Angel still in the guise of an old beggar. "I pray you in heaven's name give me shelter for the night and a bite of supper."

“We are poor ourselves," the youngest brother said. " But come in, you are welcome to share what we have."

They put the old beggar to rest at the most comfortable place beside the fire and the wife set three places for the evening meal. They were so poor that the loaf that was baking in the oven was not made of grain ground at the mill but of pounded bark gathered from the trees.

"Alas," the wife murmured to herself, " it shames me that we have no real bread to put before our guest."

Imagine then her surprise when she opened the oven and saw a browned loaf of wheaten bread. "God be praised! " she cried. She drew a pitcher of water at the spring but when she began pouring it into the cups she found to her joy that it was changed to wine.

"In your happiness," the Angel said, " you have not forgotten God's poor and God will reward you!"

He raised his staff, made the sign of the cross, and lo! the mean little hut disappeared and in its place arose a stately palace full of riches and beautiful things. Servants passed hither and thither and addressed the poor man respectfully as " My lord! " and his wife as " My lady!"

The old beggar arose and as he went he blessed them both, saying: " God gives you these riches and they will be yours to enjoy so long as you share them with others."

They must have remembered the Angel's words for all their lives long they were happy and prosperous.

Karen Chace is an award winning storyteller, teaching artist, workshop leader and author. When she isn’t telling stories Karen is teaching children to share their own tales. She founded the Story Explorer’s, a student storytelling troupe in 2002 and has taught the art of storytelling to over 500 students.

She writes the Stor e Telling column for Storytelling Magazine, as well as her own blog, with resources for storytellers and educators. She is a contributing author to numerous publications, and her new book, Story by Story: Creating a SchoolStorytelling Troupe, won a 2015 Anne Izard Storytelling Award.

She is the host of the television series the Story Café, a 2009 recipient of the LANES Brother Blue-Ruth Hill Storytelling Award, and the 2011 National Storytelling Network’s Oracle Service and Leadership Award. Her greatest joy is helping students succeed in ways they never imagined!