Forgot to check the temperature this morning but there was a heavy frost so it must have been cold overnight. The day started sunny but gradually clouded over. Rain is expected tonight.
The last of our Saturday in Charleston was the main reason we made the trip: the fantastically decorated Brawley Walkway. 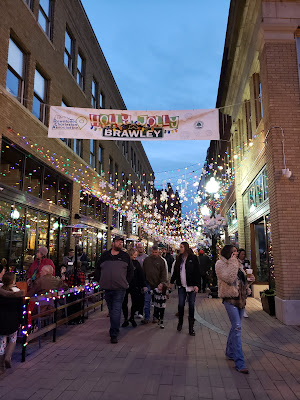 When I worked downtown, the walkway was a k little sketchy even in the daytime, and a LOT sketchy after dark. The walkway ran between two major downtown streets and was once actually a street itself. It led into what had been a plaza surrounding the Greyhound bus stop, and that plaza became a place for lots of drug activity and who-knows-what even during the day. I avoided crossing it even though it was a shortcut to some good lunch places.
The last mayor tore out all the trees, rosebushes and benches, sadly, I understand why this drastic action was taken. Now the city has reclaimed the area as a place for small outdoor performances, craft fairs, etc. A police substation was established there, and the Brawley Walkway became a safe place, with a great new pub and other small businesses.
After Thanksgiving the walkway becomes a Christmas wonderland, with beautiful lights and trees decorated by area businesses. When we arrived, it was just beginning to get dark, a band was playing, booths were set up ( not sure what for as we didn't check them out), and people were streaming in. 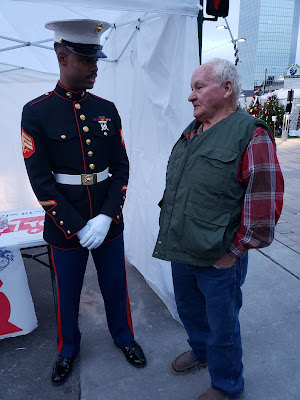 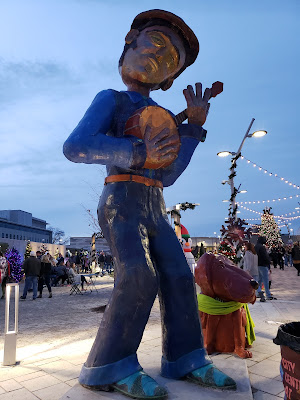 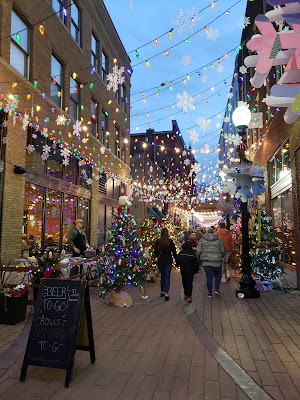 Larry stopped to talk with some young Marines and donated to the fund for which they were collecting, Toys for Tots. Then we wandered and wondered at the lights and trees and happy people. 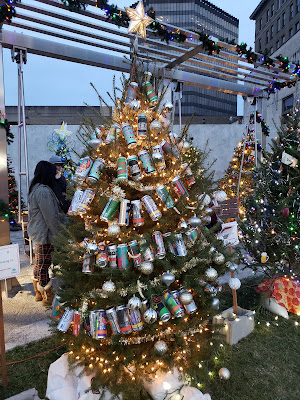 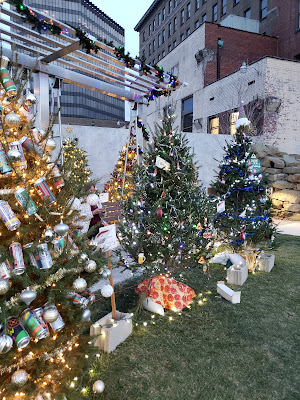 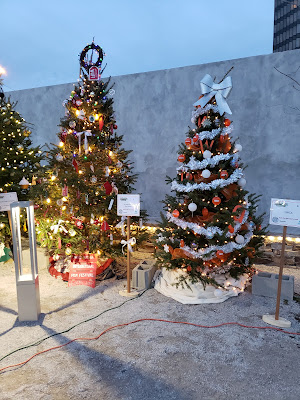 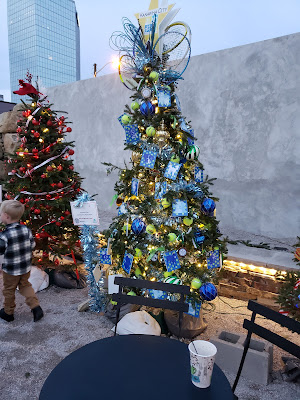 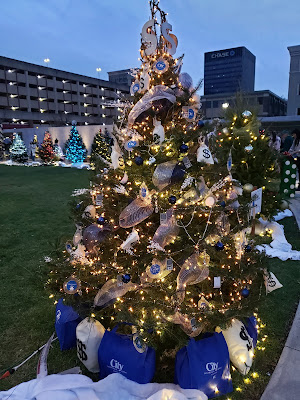 Larry's favorite, the beer can tree, created by a local beverage supplier. 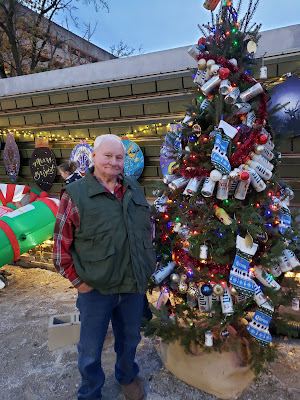 This one was my favorite. So colorful! 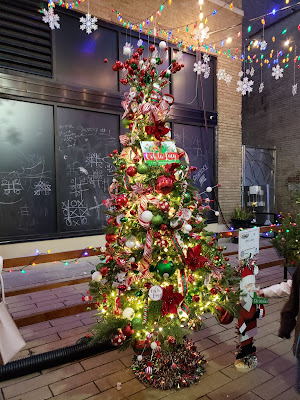 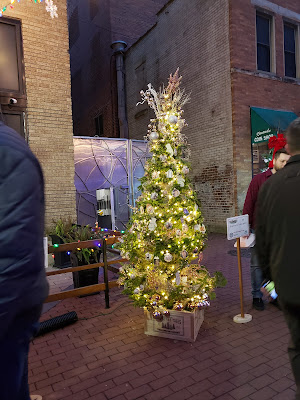 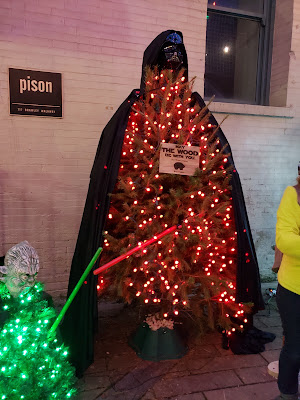 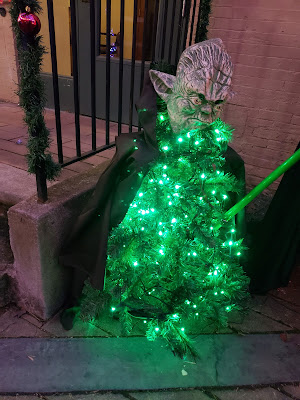 In the display window of a local shop. 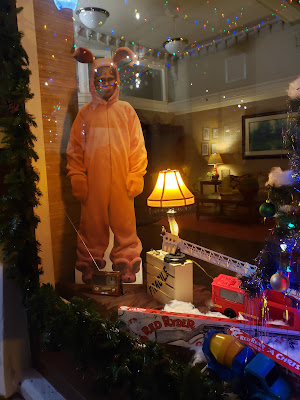 A "bubble" tree, the submission of a car wash. 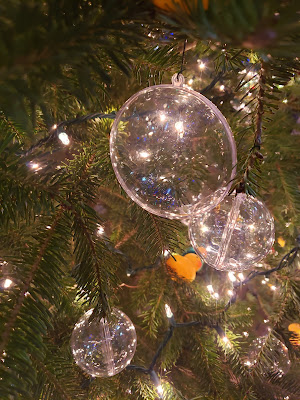 Prettier and prettier as the night settled in. 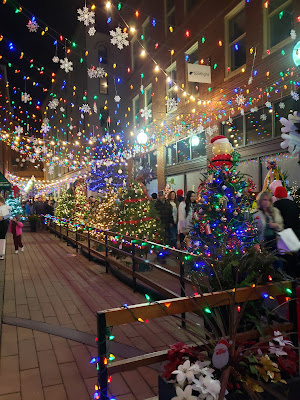 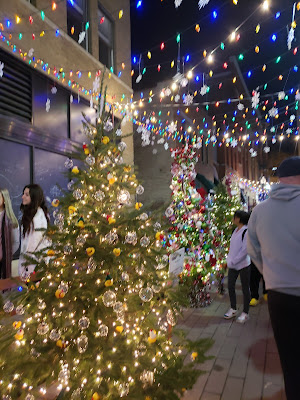 After a bit we ducked into Charleston's busy independent bookstore, Taylor Books,  for hot chocolate.  When we left there it was fully dark, the crowds were even bigger, and the trees and lights magical.
We stopped into the crowded pub for a sandwich and adult beverages, and had a good conversation with a Pennsylvania state trooper who was visiting the area with an eye to moving to West Virginia when he retires in 5 months.
We walked around more, then finally headed home. It was a full, satisfying and relaxing day, just what we needed after the hectic weeks preceding.
Copyright Susanna Holstein. All rights reserved. No Republication or Redistribution Allowed without attribution to Susanna Holstein.
Posted by Granny Sue at 11/29/2022 06:24:00 PM